Farm Wedding; Julian and Ana’s Loburn wedding ceremony took place at Ana’s family farm in North Loburn. The farm has views to die for; this was a wedding in paradise for sure.

The wedding was one of our tailor-made wedding packages, and I was shooting solo without Pip, something I haven’t done in a very long time, no pressure.
It brought back some memories of when I first started shooting weddings and was shooting solo. 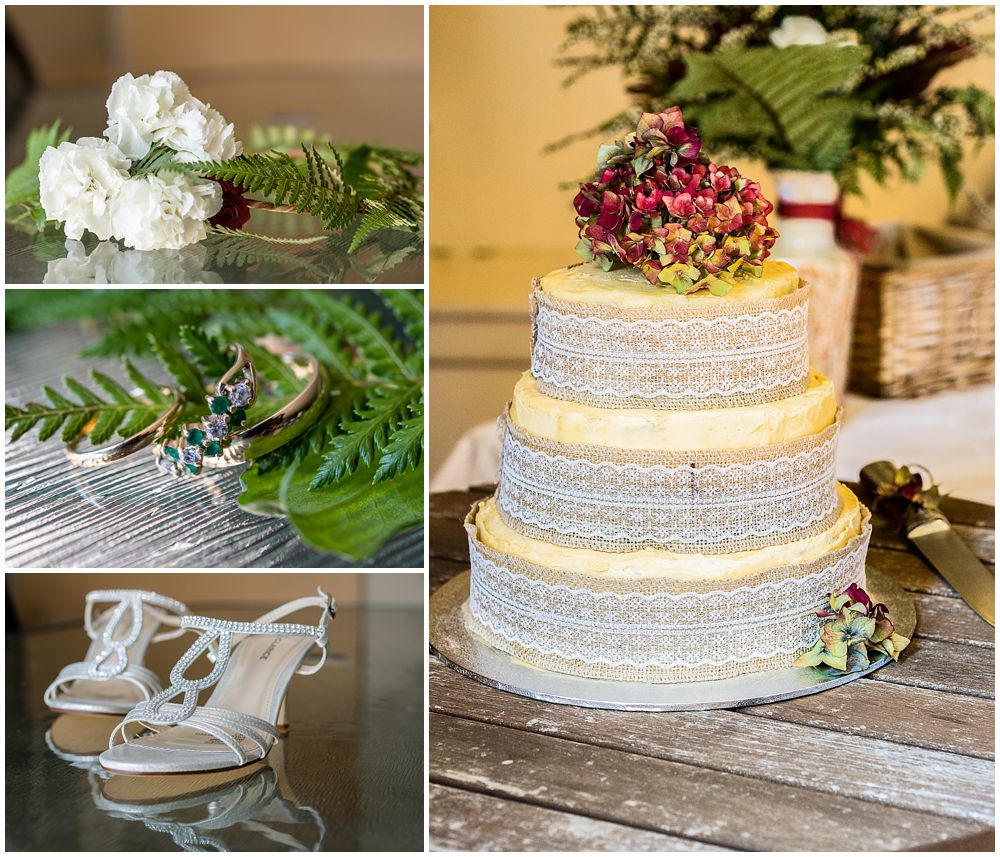 The bridesmaids got their hair and makeup done before meeting up with the Bride Ana and her maid of honour Jess. They all met up in Rangiora where the girls changed into their wedding attire.

All the girl did some hair and makeup touch ups before heading off to Loburn where the rest of the day’s proceedings were going to take place. 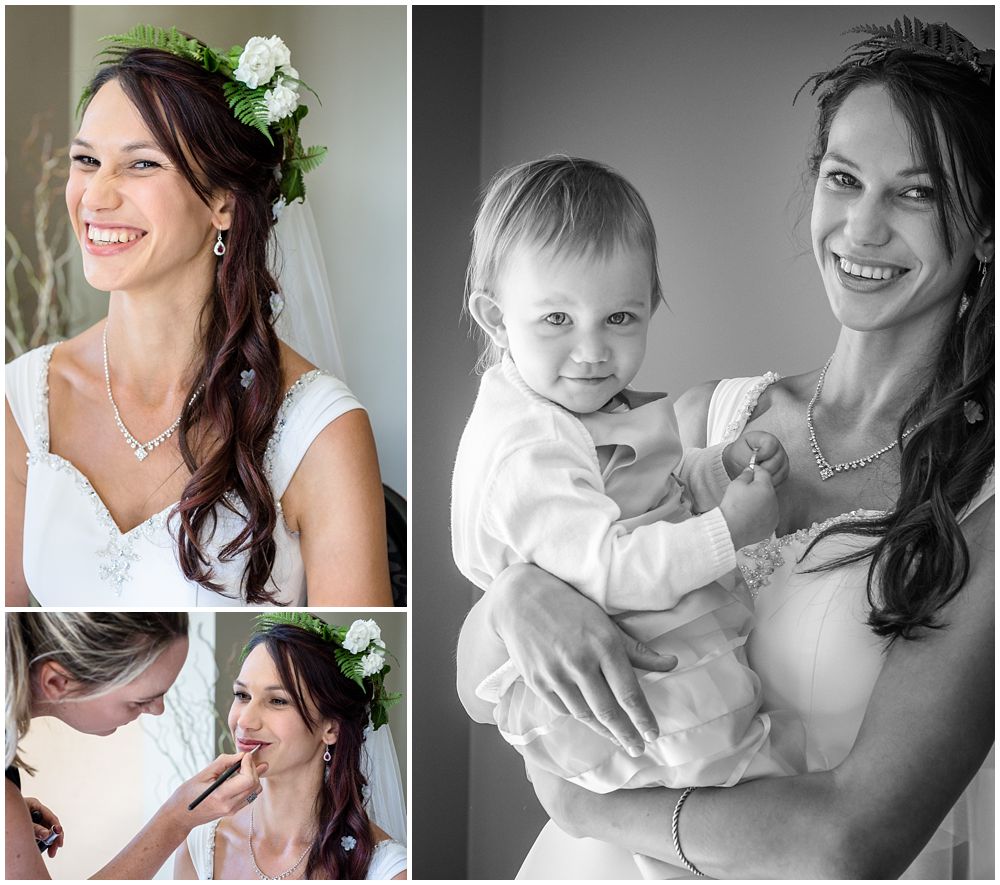 Growing up, Ana spent a lot of time on the farm, and she wanted to have some photos taken around some of her childhood memory icons. One of them was a big walnut tree which stood in the middle of the lawn just in front of the farm’s main house. 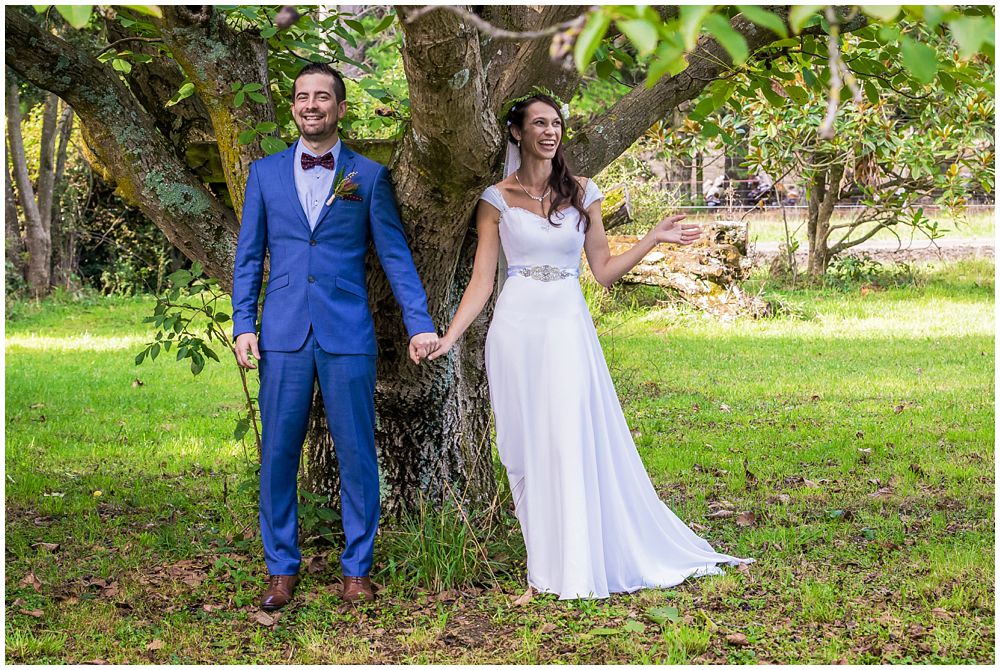 We photographed under the tree and even did this one amazing photo of the bride and groom before the ceremony without them setting eyes on each other.
For this shot, the bride and groom got blindfolded and led to the walnut tree in front of the house. They had a tree branch between them which blocked them from seeing each other’s face and got to hold hands instead.
We all got a few giggles out from it too. What a priceless moment. See photo above.

For the farm wedding ceremony, we headed deeper into the property and amongst the hills and onto a plateau overlooking a valley and river. What a view to have as a backdrop for wedding photos.

Ana and Anaiah (Ana’s daughter)rocked up to the top of the hill accompanied by her granddad, and they were in a cage at the back of a tractor which was driven by her uncle.

The ceremony itself was short, sweet, affectionate and very emotional for both the bride and the groom. Don’t you just love these emotion-filled weddings! 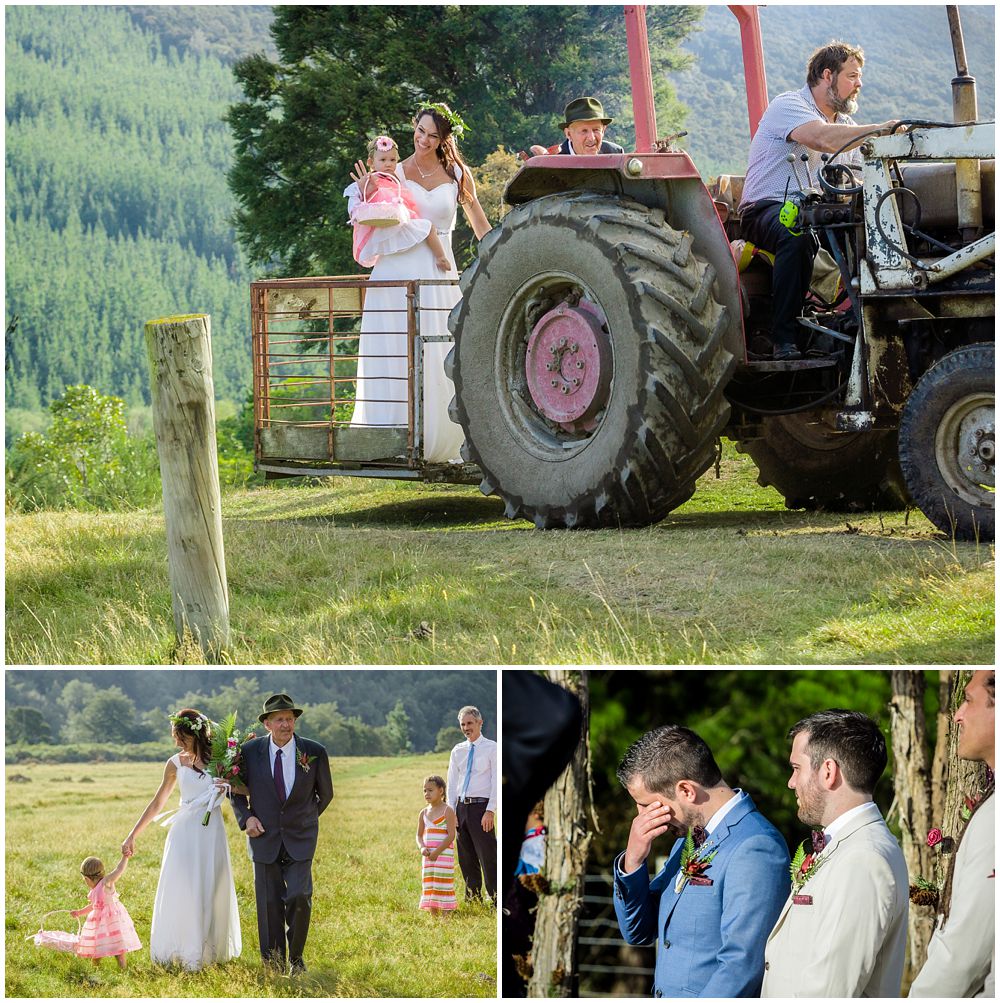 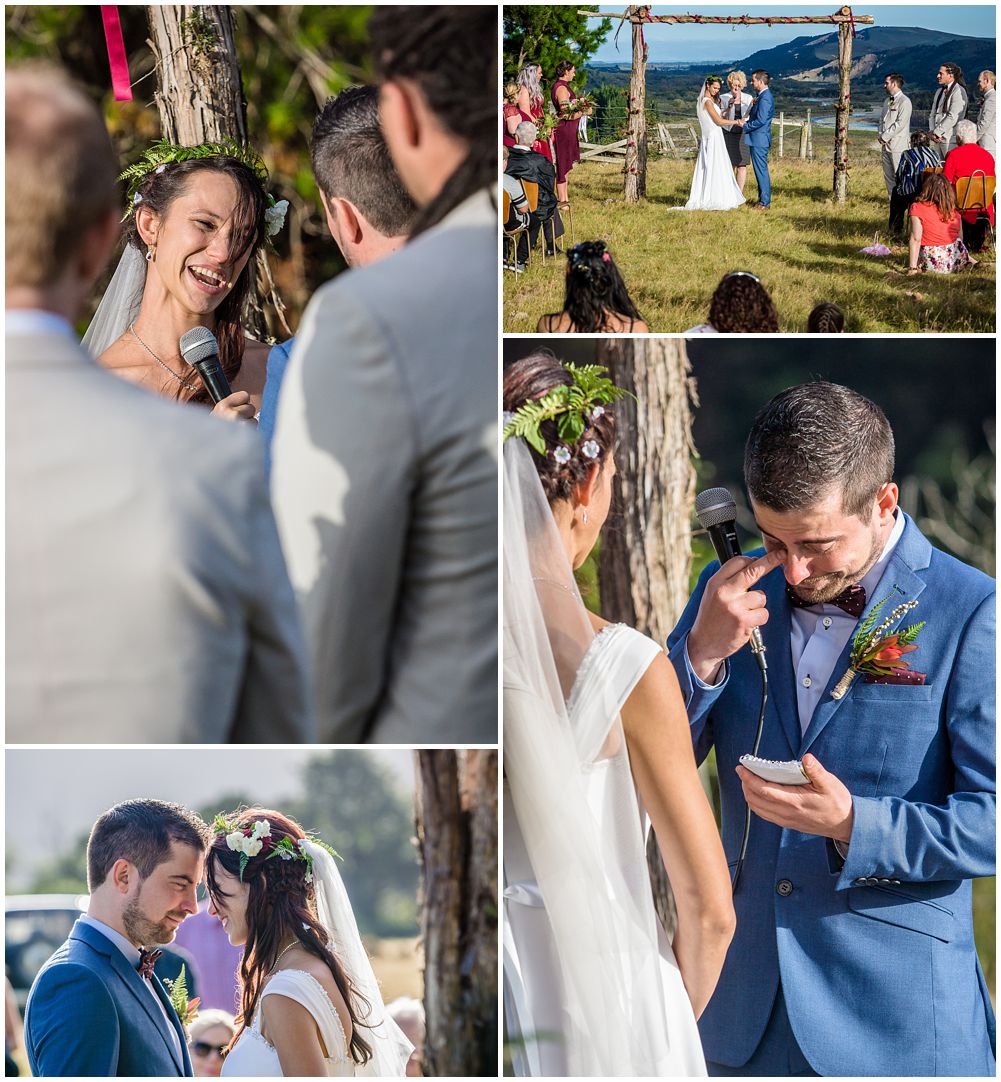 After capturing all the family group photos, we headed even further up the hills to a unique location. The bride and groom wanted to get some photographs around an area in the mountains that they frequent.

Joining us on the climb were the groomsmen ( Dustin, Lenny and Will), The maid of honour (Jess) and her partner Ben and the bride and grooms little adorable girl Anaiah. The climb was steep but fun. I think I got my exercise fix for the next month or so from all the running around on the hill.

Talk about running circles around the bride and groom as I tried to capture the fantastic surrounding views.

It was all worth it in the end. Julian and Ana seemed to be in their element and got lost in each other’s company, and all that was left for me to do was capture the love and passion they have for each other.

On this day I must say I did more running and less directing because the bride and groom felt and looked so comfortable together that they literary posed themselves, and I did not want to interrupt them.

Unfortunately, when we came down from the hills, it was time for me to say goodbye and head home. The bridal party went on to join the rest of the celebrations at the North Loburn Hall, and I can only image how yummy the hangi cooked food tasted. 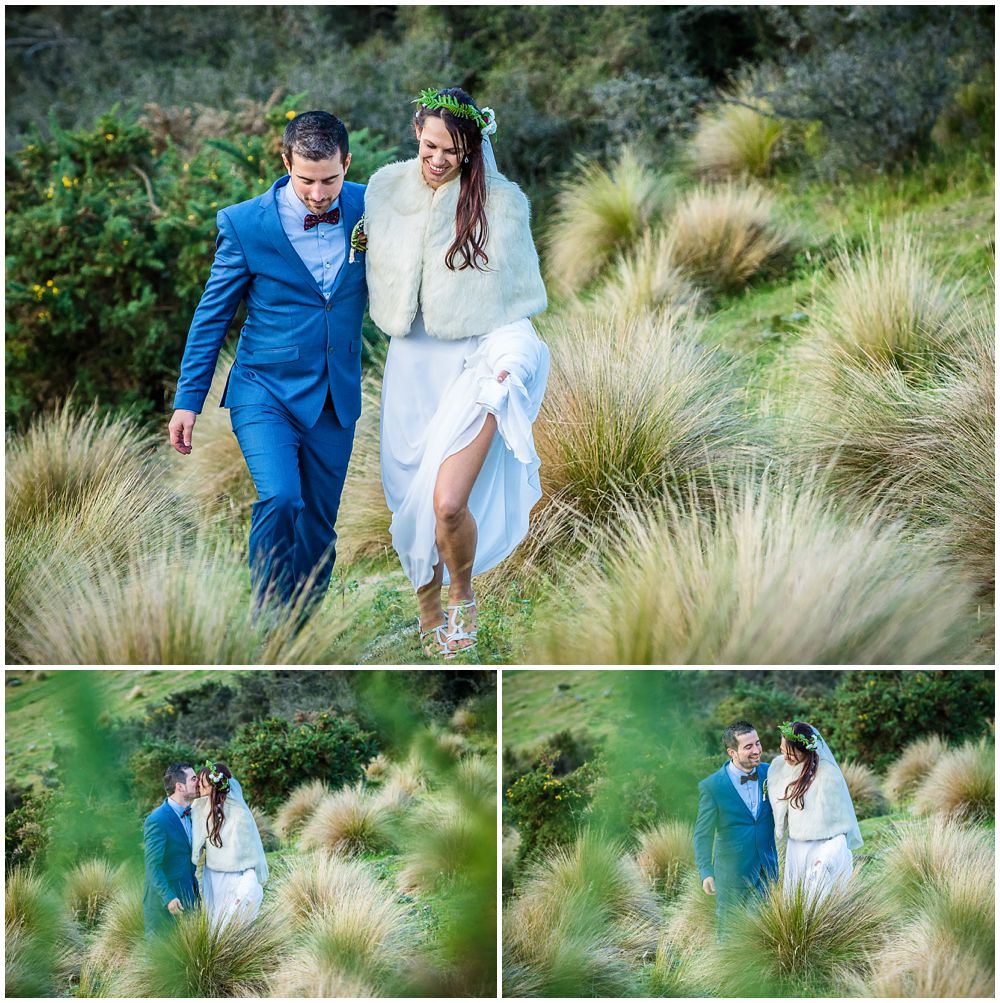 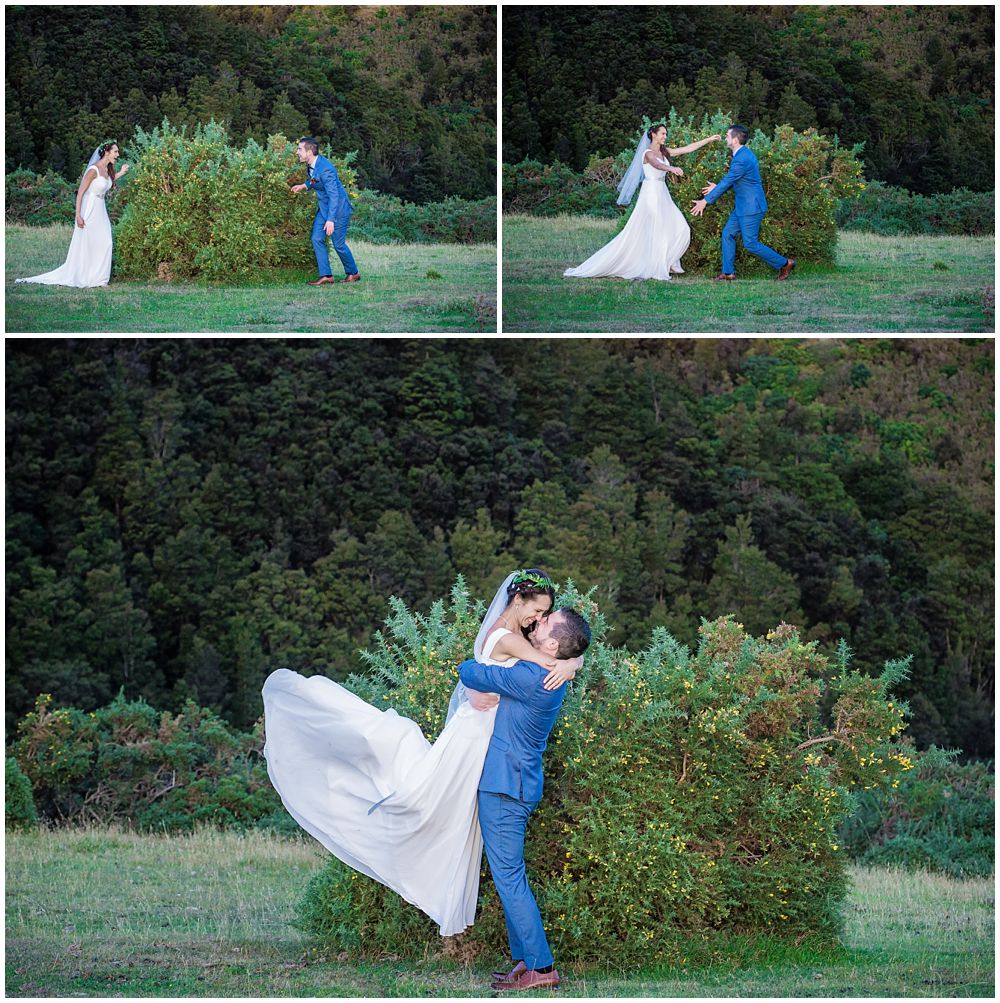 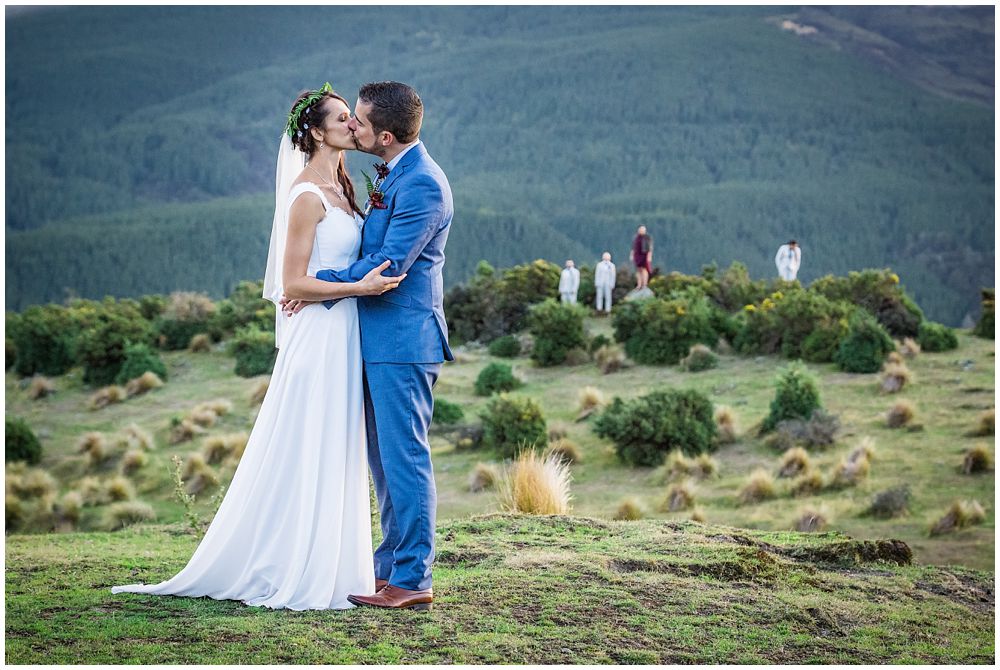 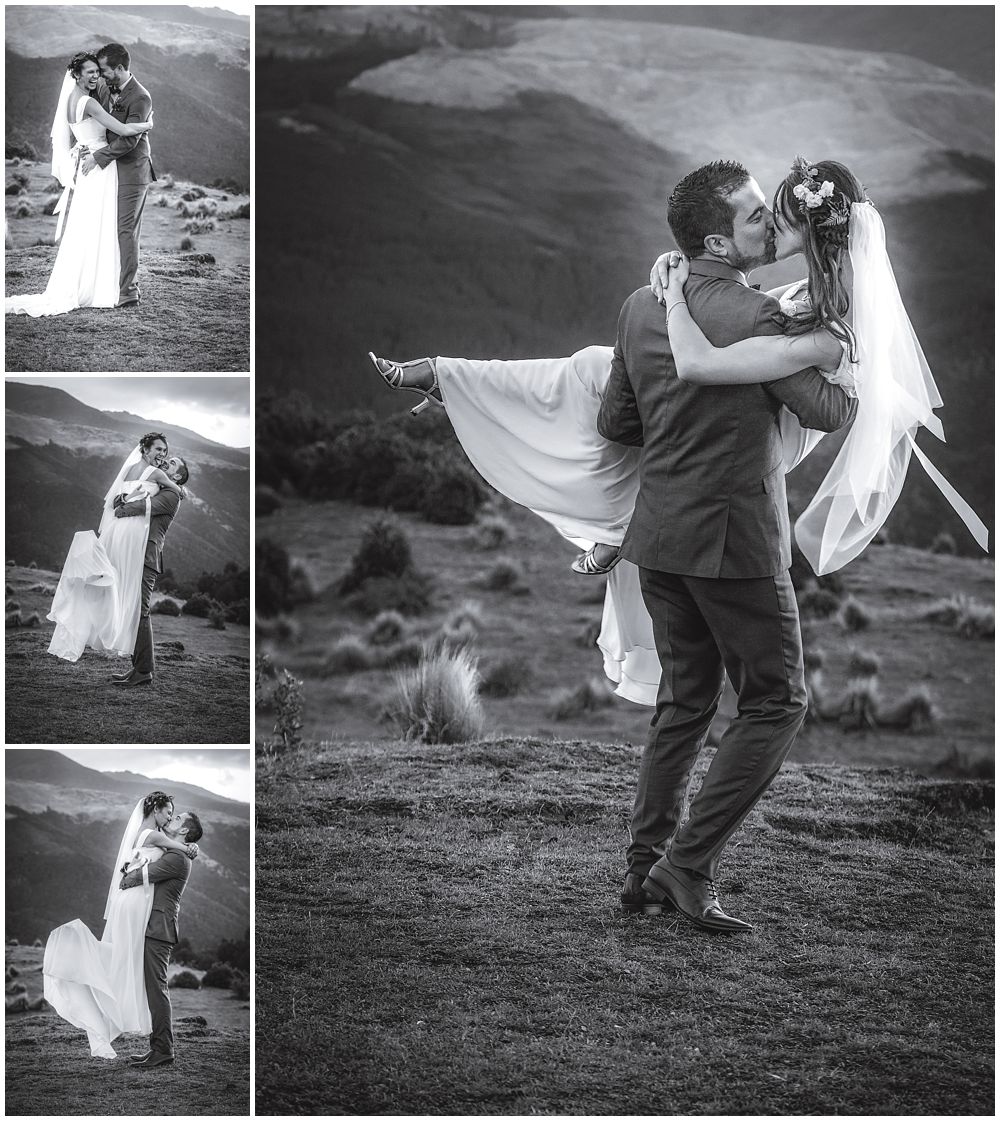 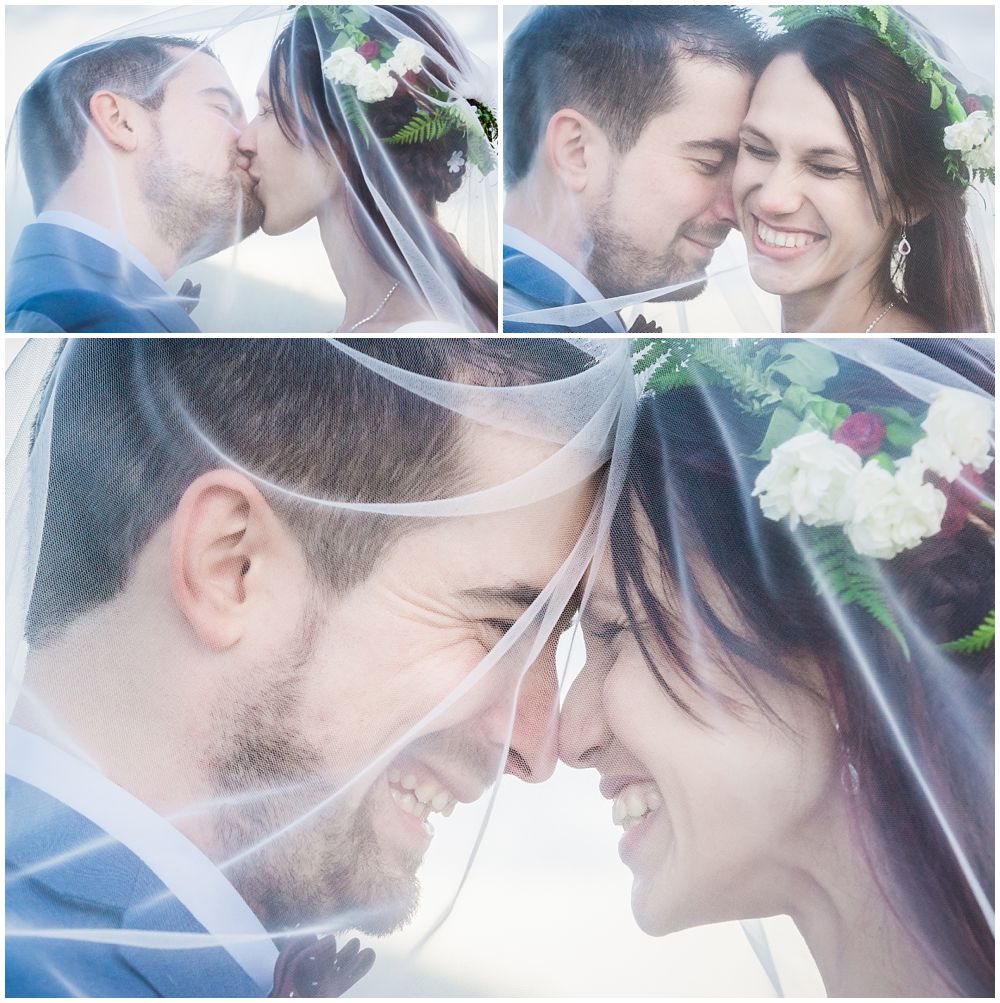 For information on how we work, head to our Wedding FAQ page.